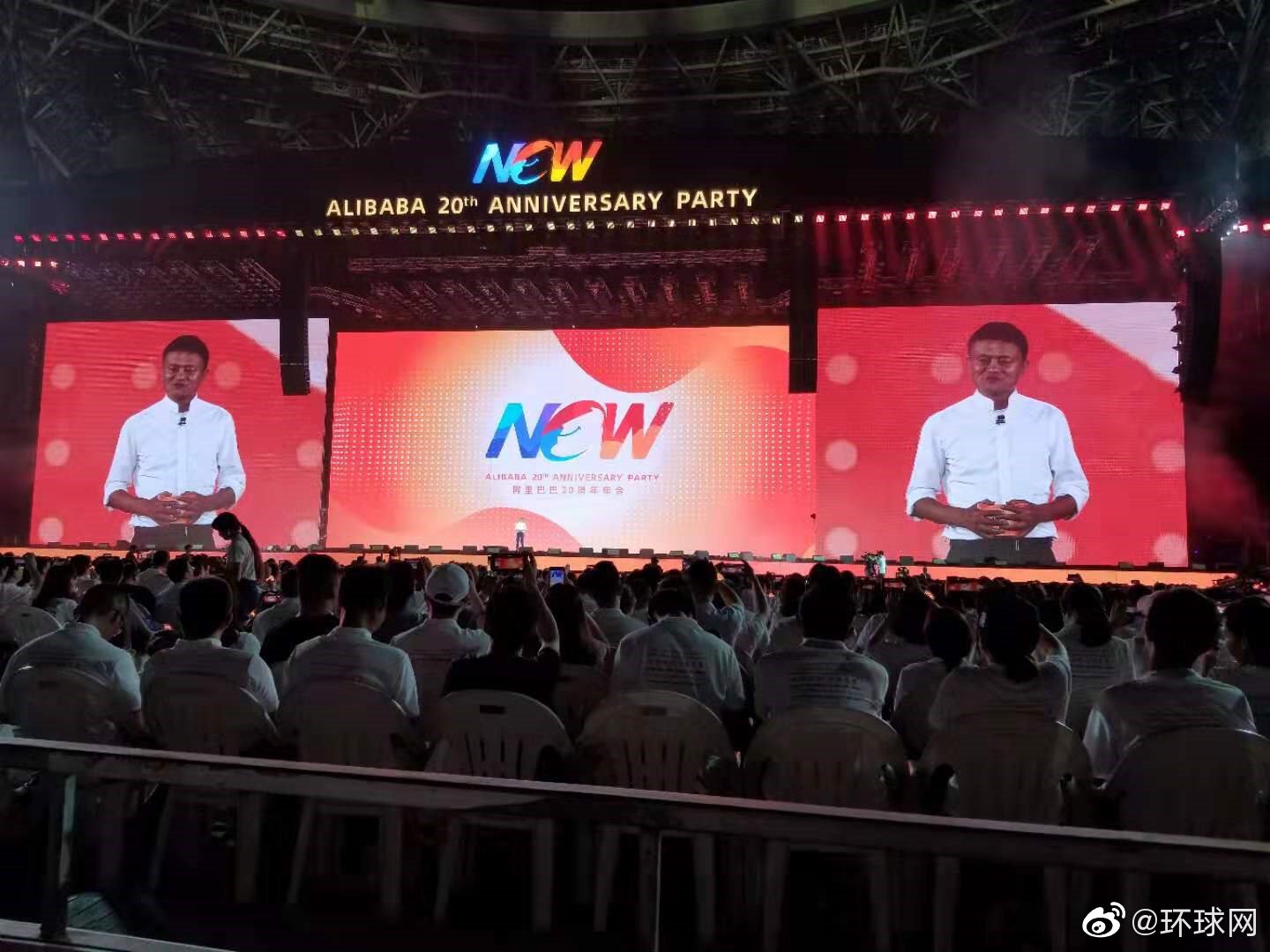 All eyes were on Jack Ma, the legendary founder and chairman of Alibaba Group Holding Ltd, on Tuesday, one year after he announced plans to hand over the half-a-trillion-dollar business he built to trusted partners.

Ma said he hopes that 30 years later, the company could have at least 1,000 employees with 10 years’ work experience at Alibaba joining other companies every year, as a way to contribute to society.

While no public events were held to mark his departure as chairman, Alibaba hosted a grand internal party in an Olympic-sized stadium in Hangzhou, its headquarters, laying out new plans for the next stage of its development.

Alibaba said Ma will remain on the board of directors until 2020 and in the Alibaba Partnership, a group of longtime senior managers who exercise significant control over the business and its affiliates.

Taking the helm is 47-year-old Daniel Zhang, who has been acting as chief executive officer since 2015 and is commonly regarded as the man behind what is now the world’s largest online shopping extravaganza, Singles Day.

“The resignation plan was long in the making and Alibaba’s solid talent reserve can ‘free’ Ma from being hands-on. But it’s unlikely he is exiting the company completely and for good,” said Cao Lei, director of the E-Commerce Research Center at the Internet Economy Institute.

Ma, a once obscure English language teacher, co-founded Alibaba with 17 partners in an apartment in Hangzhou, and the company has revolutionized shopping habits, payment channels and leisure entertainment in China.

Analysts pointed to the culture of innovation to continue to drive its growth but challenges remain.

“We view Alibaba as one of the best ways to play China’s secular consumption upgrade and technology reinvention,” said Fawne Jiang, an analyst at corporate and investment firm The Benchmark Co, citing its full value chain and self-reinforcing ecosystem as key edges.

Nevertheless, concerns loom over its long-term growth trajectory. A notable issue is user acquisition. Alibaba lacks the type of social media tools such as WeChat to harness further growth but it is something that rivals like JD and Pinduoduo can bank on, said Vicky Wu, an analyst with ICBC International.

On the other hand, Ma’s charisma made him a natural ambassador to endorse a number of initiatives, such as New Retail, the Electronic World Trade Platform, and the meeting with then US President-elect Donald Trump.

But analysts were cautious about whether his departure would dent Alibaba’s globalization ambition of serving 2 billion users and creating 100 million jobs by 2036 amid economic uncertainty and rising protectionist sentiment.

“He has got the charisma to call the CEO of a big company in America and say, ‘Let’s sit down and talk’,” Shaun Rein, managing director of consultancy China Market Research Group, told Nikkei Asian Review. “I’m not sure that people want to meet Daniel Zhang in the same way they want to meet Jack Ma.”

Ma has been explicit about devoting more time and energy to education and philanthropy upon his resignation as Alibaba chairman. His inspiring speeches have been praised by many people across China.

“One challenge facing Alibaba is the ‘spiritual vacancy’ upon Ma’s departure. His symbolic presence is still irreplaceable to date,” said Cao. “But his influence will linger for a significant period of time.”

If you want to get our product update information in a timely manner, please fill in your e-mail message to let us contact you, we will send product information to your e-mail.